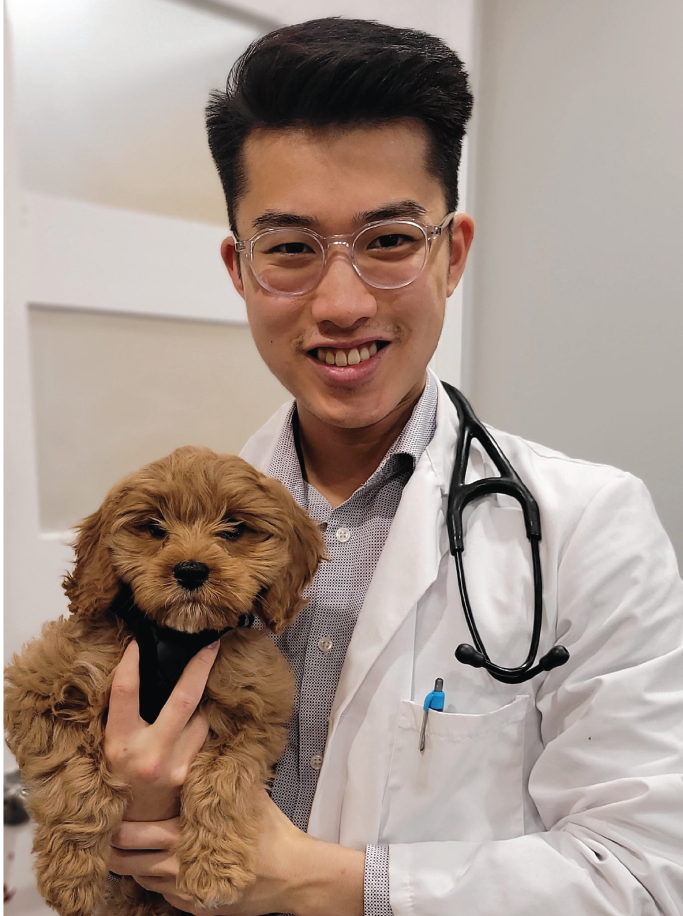 Dr. Darren Lo has always been drawn to animals! When he was a little boy, Dr. Darren and his family visited the CNE every year, and he recalls his parents having to drag him out of the petting zoo pens. Dr. Darren spent much of his childhood with his head buried in books about animals and always had a passion for learning.

Dr. Darren was born and raised in Scarborough, ON where he majored in biology and psychology at the University of Toronto. Dr. Darren then spread his wings and said a temporary farewell to his Toronto roots when he was accepted to the Ontario Veterinary College at the University of Guelph. During his tenure at OVC Dr. Darren enjoyed various extracurricular activities! He was his class’ sports director and also lead the Ontario Veterinary College’s Animal Welfare Club as it’s president!

Dr. Darren admits, that unlike many of his other veterinarian colleagues, he did not necessarily know at an early age that he wanted to become a veterinarian. He often resorted to telling “the grown ups” that he wanted to be a zoologist! We are so glad that he chose a career in veterinary medicine, as he is a talented surgeon, has a gentle heart, and quite obviously has a passion for healing and caring for the animals that he once learned about in books so many years ago. He brings a contagious sense of humor to our practice and loves getting to know his patients’ families.

When Dr. Darren isn’t busy saving lives & curing illnesses, he is an avid sports fanatic and enjoys a healthy & active lifestyle! He plays competitive volleyball and just recently strapped on his first pair of ice skates in hopes of being a hockey pro, too – who knows, maybe he’ll be the next Toronto Maple Leaf one day! If that’s not enough to put most of us on bed rest (for atleast a week or two), he also enjoys weightlifting, going out for a run or bike ride and winding down with a little yoga from time to time.
Dr. Darren is always striving to learn new skills – whether it be cooking the perfect gourmet meal or perfecting the world’s best cup of coffee.

“The College of Veterinarians of Ontario protects and serves the public interest through the regulation of the practice of veterinary medicine.” 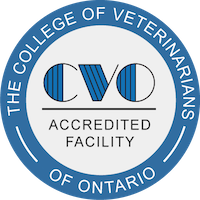